Stockholm, December 31, 2016 – Air purifiers have the potential to bring the magic of clean air for everyone in 2017, says the founder of international air purification specialist Blueair, Bengt Rittri. He predicts that with air pollution now linked to ever more diseases and problems, from dementia to road accidents, the rising awareness of its legacy will spur more tech innovations and cutting-edge solutions to help people breathe clean air.

"2016 has seen many new scientific studies showing the cost to human health and society caused by toxic air," said Bengt Rittri. But, he added, the increased knowledge about how air pollution impacts everything from regional climates to individual health and even how well we drive is promoting positive change.

As 2016 started, two globally-recognised medical institutions, the UK’s Royal College of Physicians and the Royal College of Paediatrics and Child Health, issued a landmark study warning that the harm from air pollution stretches across an individual’s lifespan, from a baby’s first weeks in the womb through to the years of older age. In the summer, the World Health Organisation (WHO) reported around 92 percent of the world’s urban population now live in cities suffering bad air quality, while later in September the World Bank released figures showing that the economic cost of air-pollution related deaths in 2013 topped USD225 billion in lost labor income.

“Today we are already seeing new solutions being sparked in cities globally, including Paris, Mexico City, Athens and Madrid whose mayors in December pledged to ban diesel engines within a decade,” Bengt Rittri noted.

City lawmakers everywhere are stepping up their efforts to tackle air pollution.

Delhi is fast-tracking efforts to slash the number of older diesel vehicles on its roads, and Beijing is experimenting with a seven meter high purification tower designed to suck in pollutants. Cities like London and Amsterdam have launched air quality monitoring projects to engage their citizens while in Charlotte, North Carolina, a citizen science Clean Air Zones monitoring effort is underway to beef up public awareness.

Blueair has consistently sought during its twenty-year journey from a Swedish startup to a global player with sales in over 60 countries to raise public awareness about the problems and solutions around the twin issues of outdoor and indoor air pollution. The company invests heavily in innovating new air cleaning solutions that build on its unique HEPASilent™ technology, which unites the best in electrostatic and mechanical filtration to capture 99.97% of airborne particles down to 0.1 micron in size.

An early adopter of smart tech, Blueair in 2016 launched the world’s first smart, fully connected indoor air monitoring, control and purification system that puts consumers in control of the air they breathe, at home, work and play. The Blueair Sense+ air purifier and Aware air quality monitor connect seamlessly to the Blueair Friend app to provide both a detailed view of indoor pollution and allow users to enjoy air free of allergens, chemicals, odors and dust particles, without ever needing to worry about adjusting their gadgets.

“Blueair’s vision for the future is about being at the forefront of innovating bold air cleaning technologies and helping them go mainstream by bringing our product solutions to market to enhance people’s health and wellbeing,” Bengt Rittri said.

Sold in over 60 countries around the world, Blueair delivers home and office users more clean indoor air for enhanced user health and wellbeing faster than any competing air purifier thanks to its commitment to quality, energy efficiency and environmental care. A Blueair air purifier works efficiently, silently to remove 99.97% of allergens, asthma triggers, viruses, bacteria and other airborne pollutants. 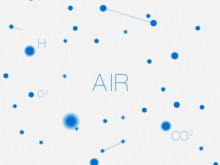