Sharing the news, Bengt said: “We are saying yes to leveraging the help of Unilever – one of the world’s most admired corporations for its sustainability practices – to help Blueair take the next step to become a truly global provider of its health-enhancing air purifiers. Moving forward, Blueair will be geared to help potentially billions of people rather than millions to create safer, healthier indoor environments as air pollution rises worldwide.”

Bengt recalled how he had launched Blueair 20 years ago with the mission to start a clean air revolution by bringing people the world’s best indoor air purifiers.

“This mission remains embedded in Blueair today as we continuously work to elevate people’s health and wellbeing in a world where WHO says air pollution is now the world’s largest single environmental health risk, killing around 7 million people in 2012 alone,” Bengt Rittri said. He noted that according to the UN organization over 80 percent of people living in urban areas that monitor air pollution are exposed to air quality levels that exceed WHO limits.

Demand for air purifiers has grown swiftly in recent years as awareness has risen about the multiple health and wellbeing risks posed by poor air quality at home and work. One landmark UK study published this year said cradle-to-grave exposure to air pollution can contribute to cancer, asthma, stroke and heart disease, diabetes, obesity, and dementia, for example.

Bengt said that Blueair will continue to operate under its existing brand name in all its markets, including Sweden, China, US, Japan, South Korea and India.

Terms of the deal were not disclosed. The transaction is subject to customary regulatory approvals. Livingstone advised Blueair in the transaction.

Unilever is one of the world’s leading suppliers of Food, Refreshment, Home and Personal Care products with sales in over 190 countries and reaching 2 billion consumers a day. It has 169,000 employees and generated sales of €53.3 billion in 2015. Over half (58%) of the company’s footprint is in developing and emerging markets. Unilever has more than 400 brands found in homes around the world, including Persil, Dove, Knorr, Domestos, Hellmann’s, Lipton, Wall’s, PG Tips, Ben & Jerry’s, Marmite, Magnum and Lynx.

Unilever was ranked number one in its sector in the 2015 Dow Jones Sustainability Index. In the FTSE4Good Index, it achieved the highest environmental score of 5. It led the list of Global Corporate Sustainability Leaders in the 2015 GlobeScan/SustainAbility annual survey for the fifth year running. Unilever was ranked the most sustainable food and beverage company in Oxfam’s Behind the Brands Scorecard in 2016 for the second year.

Unilever has been named in LinkedIn’s Top 3 most sought-after employers across all sectors.

Livingstone is an international mid-market M&A and debt advisory firm of 100 professionals closing 60 transactions around the world each year. www.livingstonepartners.com 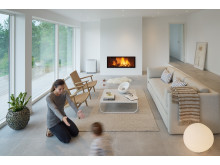 The latest iteration of the Blueair Classic is wifi enabled 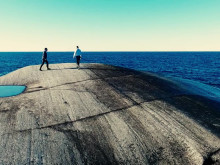 Blueair, a world leader in air purifying solutions with acclaimed leading-edge filtration technologies and design, has been acquired by ...