Stockholm, 1 February 2020: According to the World Health Organization (WHO) ​people of all ages can be infected by the new coronavirus (2019-nCoV). Older people, and people with pre-existing medical conditions (such as asthma, diabetes, heart disease) appear to be more vulnerable to becoming severely ill with the virus reports the organisation.

WHO’s ​standard recommendation to reduce exposure to and transmission of a range of illnesses include hand and respiratory hygiene respiratory hygiene as well as safe food practices, but there is also evidence that air purifiers using HEPASilent™ filtration technology can help protect you against viruses and bacteria.

“The HEPASilent™ filtration technology used in all Blueair air purifiers successfully capture 99.97% of airborne particles such as viruses and bacteria”, says Daniel Johansson, Chief Technology Officer at Blueair, a world-leader in air purification solutions. “According to testing carried out by the independent, accredited CAS Test Technical Services in China, the Blueair Classic 280i, removed the most common viruses and bacteria including H1N1 influenza A/PR8/34 with a clearance rate of over 99.99%, as well as Staphylococcus aureus, Escherichia coli and Aspergillus”*, added Johansson.

Blueair’s test-winning air purifiers not only eliminates viruses and bacteria from the air but prevents any germ growth thanks to the hydrophobic filters which repels water.

Every year, millions of work and school days are lost because of colds and flu. The US Centre for Disease Control and Prevention (CDC) estimates the annual direct costs (hospitalization, doctors' office visits, medications, etc) of influenza at US$4.6 billion and causes the loss of almost 111 million workdays. In Europe, one estimate has put the health cost of the seasonal flu across the EU at between €6 billion to €14 billion annually, depending on the severity of the season. WHO says annual flu epidemics are thought to result in about three and five million cases of severe illness every year around the world.

More often than not, humans are the main source of infectious diseases. With the cold and flu season in full swing, we need to use all the aids available to help battle becoming infected, from boosting immune systems to cleaning the air of germs.

Tips that could help you stay healthy:

*Removal rate in 60 minutes according to GB18801-2015. Blueair air purifiers have not been tested against Corona virus and we make no claim to capture or remove 2019-nCov. 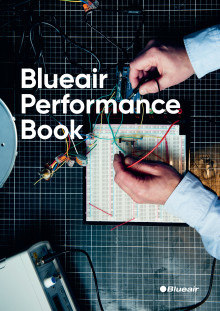