Swedish Blueair is proud to have been shortlisted to participate in this pioneering British trial, installing its air purifiers in one of the nursery schools.

The six-month study (March - September 2019) across nursery schools in London was commissioned by the Greater London Authority. The trial results show that the air filtration systems, including the Blueair air purifiers, demonstrated a “positive impact on the nursery indoor air quality reducing PM2.5 and in some cases NO2”. Previous studies had found that PM2.5, the finest and most dangerous particles, to be significantly higher in classrooms than outdoors.

The results of the trial also found that the Blueair Classic 605 is “suitable for installation and operation in a nursery environment.” A particular point was made about how unobtrusive the tested units are “with low levels of noise and minimal requirements for space meaning they quickly faded into the background.” A benefit that stand-alone units, like the Blueair 605, can be deployed quickly and will show an effect within hours was also highlighted. Wall-mounted air purifiers, like the Blueair Pro, were considered to be an even better option from an installation point of view.

One of the issues raised in the Mayor of London’s report is the lack of a common set of performance and design standards of air purifiers in the UK which are essential to allow people to make more informed decisions. As a result, the Mayor of London Sadiq Khan has written to the Secretary of State for Environment, George Eustice, and the Secretary of State for Education, Gavin Williamson calling on the Government to urgently address this in order to help educational establishments and local authorities do all they can to reduce exposure to air pollution as safely and effectively as possible.

This call for performance and design standards for air purifiers in the UK is strongly welcomed by Swedish company Blueair, which already operates to stringent standards and criteria set in more mature air purification markets like China, Korea and the US.

Sara Alsen, Chief Purpose Officer at Blueair said: “We welcome Mayor of London's initiative and are happy to see that independent, real-life testing has shown the effectiveness of our air purifiers. It’s important that both local authorities and consumers are aware of the effectiveness of air filtration systems. A more stringent and regulated market in the UK will make it clear which manufacturers are leading in this field so that informed choices can be made. From our own work with London schools over the last year we know that classroom air pollution is a significant problem in the city. In the London schools that have installed Blueair air purifiers we see clear results – up to a 97% reduction of PM2.5 and PM10 particles. Teachers and staff also report back that focus and results are going up and sick absence is going down. There are clear, wider benefits for schools from the installation of air purifiers.”

Blueair is donating its Classic 605 air purifier to Columbia Market Nursery School to ensure that the children and staff will continue to enjoy the benefits of clean air indoors.

More information on the Mayor of London report “The effectiveness of Air Filtration Systems in a real-world Nursery Environment” on nursery schools is available here.

The results of Blueair’s initiative to improve air quality inside London primary schools is available here. 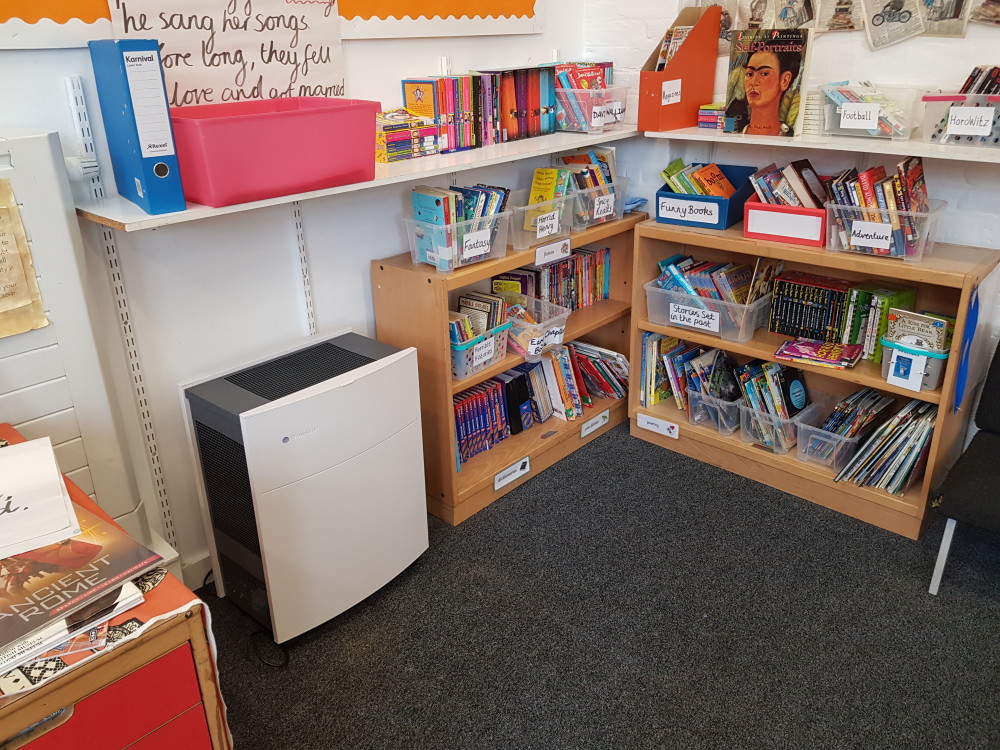 A survey of teachers and staff at three London schools one year after the installation of Blueair air purifiers, show that improving classroom air quality can have a major effect on the health and learning of children.

Swedish Blueair, designing air purifiers to create the safest environment for children to develop and grow, has joined forces with the Child Health Academy to educate British paediatricians, GPs, nurses and midwives on the impact of indoor air pollution on the health and development of children. This CPD educational programme, the first of its kind, is also designed to help HCPs advice parents.