Stockholm, 4 June: In the lead up to World Environment Day, Blueair, a world leader in air purification solutions, calls for a global agreement to stop the flow of plastic waste into the air, similar to the UN resolution to stop plastic waste entering into the oceans.

More than 300 million tons of plastic are produced each year. Half of that plastic becomes trash in less than a year. Out of the plastics produced, only 9% is recycled; the remaining 91% enters the air, land and water as waste.

At the United Nations Environment Assembly in Kenya in December 2017, environment ministers agreed that the world needs to completely stop plastic waste from entering the oceans.The UN resolution signed had no time table and is not legally binding but set the course for tougher policies and sent a clear signal to business.

“The full health effects of breathing tiny plastic particles are not yet entirely understood but research proves that the threat to human health is high, said Sara Alsén, Global Sustainable Business Director at Blueair.

Plastic particles sized between 5 mm and 0.1 um are defined as microplastics. Microplastics are airborne and can be inhaled and harmful to humans.

Microplastics found in lung tissue indicate that the body is not able to rid itself of all particles – i.e. that the microplastics are bio-persistent.

Airborne microplastics may also carry other toxic pollutants found in the air, from bacteria to traffic emissions, into the bloodstream from the lungs. 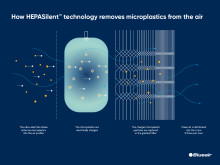 Blueair removes microplastics from the air

Blueair, a world-leader in air purification solutions, is happy to announce that all its air purifiers remove airborne microplastics as research shows the negative health effects of inhaling microplastics released from toys, synthetic fibres and microbeads. 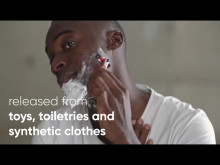 Every day we breathe in t...

Every day we breathe in small plastic particles that stay in our lungs because our body cannot get rid off them. Particularly children ar... 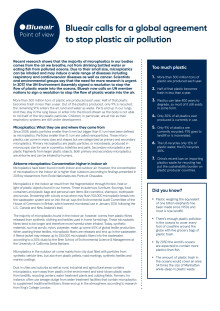 Due to their small size, airborne microplastics can be inhaled and may induce a wide range of diseases including respiratory and cardiovascular diseases as well as cancer. Action is needed as research proves that our indoor air is particularly affected.