Over the last two years, most cities in India have witnessed drastic rise in air pollution, resulting in an increase in health issues across age groups particularly in cities like Delhi and Mumbai.

Children are particularly vulnerable to air pollution as their lungs and brains are still developing. Recent research shows that exposure to air pollution during the childhood has a negative effect on children’s respiratory health and cognitive abilities. Breathing clean air on the other hand, can improve learning, physical performance and reduce the risk of asthma and allergies.

Blueair Champions will be rolled out in more than 1000 schools in Delhi, Mumbai, Bangalore and Pune with a challenge to school children to come up with innovative thinking on how to bring down pollution levels.

“By investing in children, we are investing in our society” said Arvind Chabra, Head of Blueair India. “Children breathe more rapidly than adults, taking in more air in relation to their body weight. This, and the fact that their lungs, brains and immune systems are still developing, make them more vulnerable to air pollution” continued Chabra.

“Blueair has a long-term commitment to improve the health and well-being of children. Across the world, we are actively working with schools and day care centers to improve the air quality, and to educate and inform children, parents and care-takers about the importance of clean air for children’s physical and cognitive development. With Blueair Champions we hope to reach 1 million children in India.” said Chabra.

A UNICEF report estimates that 17 million babies worldwide — 12 million of them in South Asia — live in areas that record pollution levels six times higher than the international safe limits. The report reveals that, children who are affected by air pollution faced problems of low verbal and nonverbal IQ and memory, reduced test scores and grade point averages among school children, as well as neurological behavioural issues. Several studies have also found that air pollution may harm children while they are still in the womb. Pregnant women who are exposed to even low levels of particle pollution had higher risk for preterm birth. 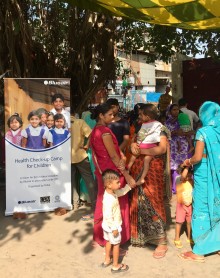 Swedish air purification expert Blueair and Indian child right’s organisation CRY, have launched an ambitious initiative to improve the respiratory health of children across Delhi, one of the most polluted cities in the world. Health check-up camps for more 3500 children and air purifiers in community centers across the city are the first steps. 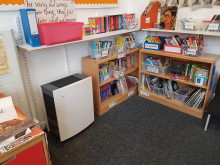 A survey of teachers and staff at three London schools one year after the installation of Blueair air purifiers, show that improving classroom air quality can have a major effect on the health and learning of children. 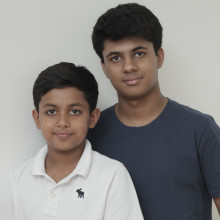