STOCKHOLM, Sweden, September 12, 2016 – Blueair, a world leader in purifying indoor air to improve people’s lives by removing health threatening airborne contaminants, today praised the World Bank for a new study highlighting the emergence of air pollution as the deadliest form of pollution and calling for urgent action to address the problem.

The Cost of Air Pollution: Strengthening the economic case for action, a joint study of the World Bank and the Institute for Health Metrics and Evaluation (IHME), noted how an estimated 5.5 million lives were lost in 2013 to diseases associated with outdoor and household air pollution, causing human suffering and reducing economic development. The study estimated that the deaths due to air pollution cost the global economy about US$225 billion in lost labor income in 2013.

“The World Bank’s cost of air pollution report is both praiseworthy and scary in the way it underlines yet again how billions of people in cities around the world find it near impossible to escape breathing heavily polluted air, on the street and indoors at home and work,” said Bengt Rittri, Blueair founder and CEO. He said city authorities and national governments need to devote more resources to improving air quality and advising individuals how to protect themselves.

“It is unacceptable that urban air is as polluted as it is. However, while individuals have little control over the air breathed outdoors, we can create safer indoor environments by using air purifiers to remove airborne contaminants in our living and working spaces,” Bengt said.

The World Bank study says about 90 percent of the population in low and middle income countries are exposed to dangerous levels of ambient air pollution. The full study can be read at http://www.worldbank.org/en/news/press-release/2016/09/08/air-pollution-deaths-cost-global-economy-225-billion 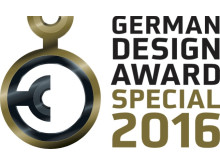 The Blueair Pro was honored with a German Design Award in October 2016 with Special Mention distinction. One of the most important global...

Bengt Rittri founded Blueair in 1996 in Stockholm, Sweden. Passionate about the environment, Bengt has forged Blueair into a global compa...